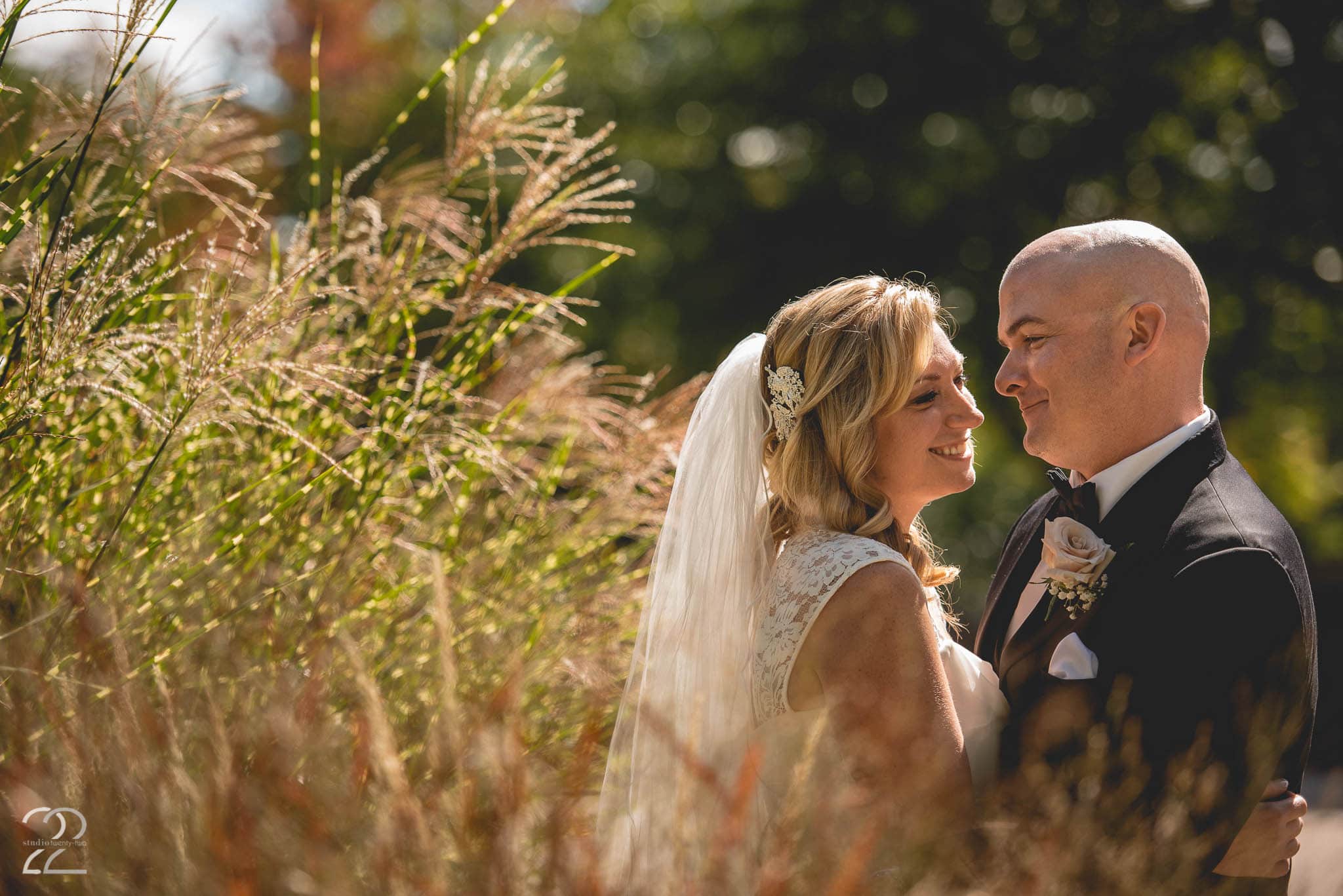 Jeff + Lynne are such a fun duo, and of course I’m biased toward them because they’re Green Bay Packers fans! So when Lynne asked me to be their wedding photographer at their intimate ceremony at Polen Farm in Kettering, Ohio, I immediately jumped at it.

Lynne is also a photographer, and it was a lot of fun to work with her and brainstorm ideas. It was also wonderful, because she knew she wanted time built in for some fantastic portrait time with Jeff, so we had the opportunity to play and chase the light a bit for their wedding portraits, which I adored. Both she and Jeff are such sweet people, and the way Jeff looks at her is simply swoon-worthy. It hits you right in the feels…you’ll see what I mean when you see their first look!

Walked down the aisle by her son, Lynne was a beautiful bride, and Jeff’s smile was radiant as she approached him. The adorable toleration of her son as she kissed him before starting the ceremony was true to a little boy’s form, and I had to chuckle, as I imagine my son would be similar. Their vows were short, sweet, and when the officiant declared them man and wife, like and good Wisconsin folk, the party was on!

Congratulations, Jeff + Lynne, as you begin married life together! It was a joy to capture your beautiful day, and I wish you many years of cheering on winning Packers seasons!