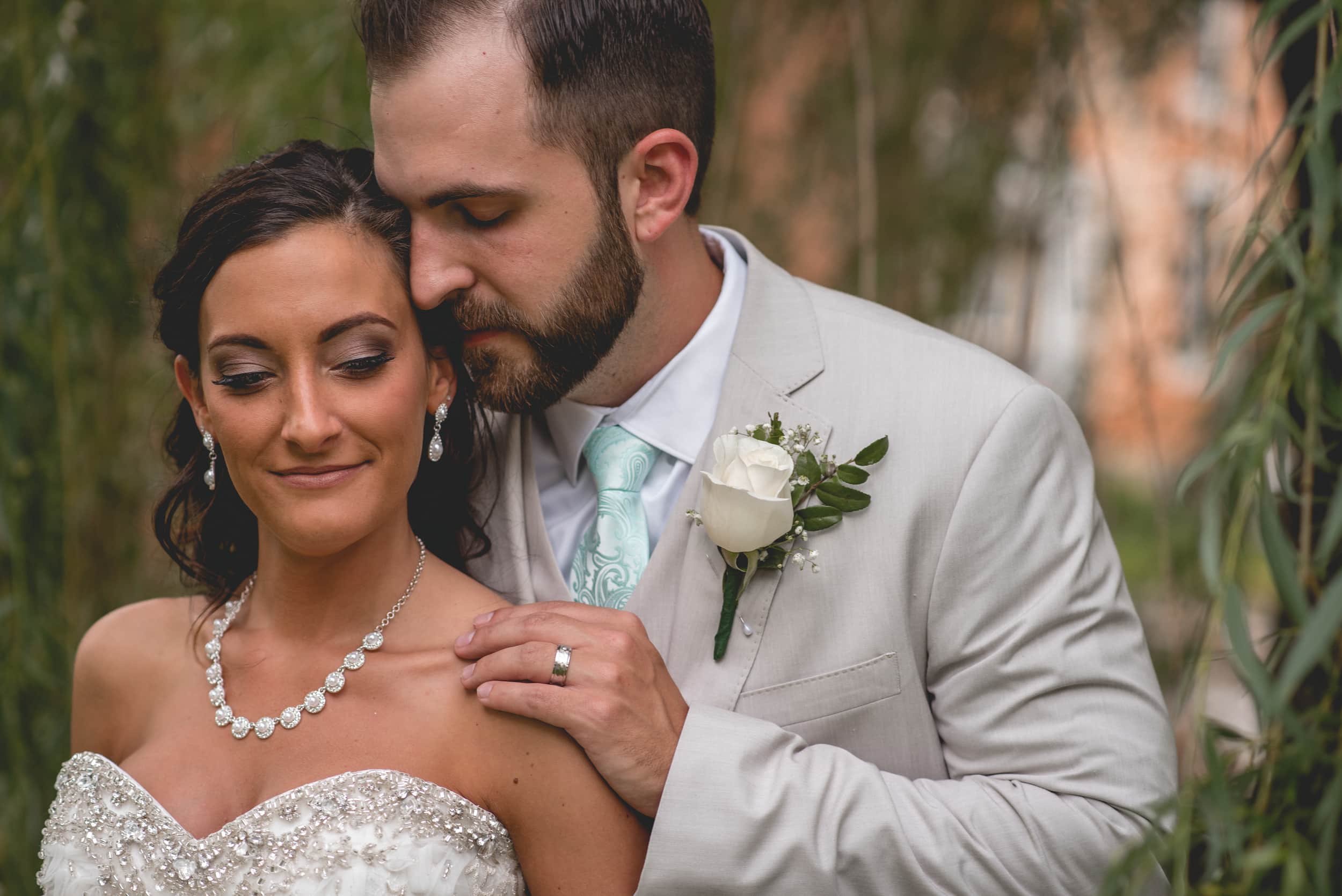 The week leading up to Alex + Kaylynn’s wedding, all of my weather apps kept telling me that it would rain all day. Thunderstorms were the promise of the day, and while rain shots can be super cool, no one wants thunderstorms their entire wedding day! So, leading up Saturday, I had planned when the dry moments might be during the day. However, when the day arrived, we didn’t have to worry…the entire thunderstorm cell that was supposed to hit The Willow Tree actually split, passed around us on either side, then came back together on the other side. Not once did this happen, but twice! If that’s not divine intervention for Alex + Kaylynn, I don’t know what is.

Beyond the fact that they had storm cells split for their fantastic, blue-sky day, Alex + Kaylynn picked one of my favorite wedding venues in Dayton, which is the The Willow Tree in Tipp City. The quaint brick farmhouse is the perfect backdrop for a classy, rustic wedding, and the majestic willow tree that sits on the property behind the home is simply breathtaking in photos. Combine that with a creative couple who went DIY on many of their details, and you have Alex + Kaylynn’s wedding.

It’s no secret I adored their Dayton engagement session, because they are so much fun to hang out with. These two just exude happiness, and on their wedding day, it was no different! Married by one of their lifelong friends, Torrey, their outdoor wedding ceremony was fun, sweet, and perfect for them. Kaylynn’s dress was one of the most intricate, beautifully detailed dresses I’ve seen in quite some time, and I loved that Alex incorporated his love for Ohio State into the day with OSU dress socks that matched with all of his groomsmen.

And speaking of Ohio State, their cake was one of the most creative, fun cakes I’ve seen. Many couples opt for a wedding cake and a groom’s cake, but these two took it a step further, choosing to have one half of the cake be the wedding cake, and the other side be the groom’s cake…which was, of course, Ohio State themed! I’d never seen a half and half cake before, but theirs was so fun and so well done, that I had to mention it!

Ending the day on a great, rain-free note, the reception was a blast, which culminated in Kaylynn and her brother having a bit of a dance off, and her new mother-in-law coming on the scene with some of the props from the photo booth! Shenanigans were afoot, which is how any great wedding should be. It was a fantastic day, and such a pleasure to be a part of.

Alex + Kaylynn, congratulations! Thank you so much for allowing me to be your wedding photographer, and I wish you many, many years of happiness!