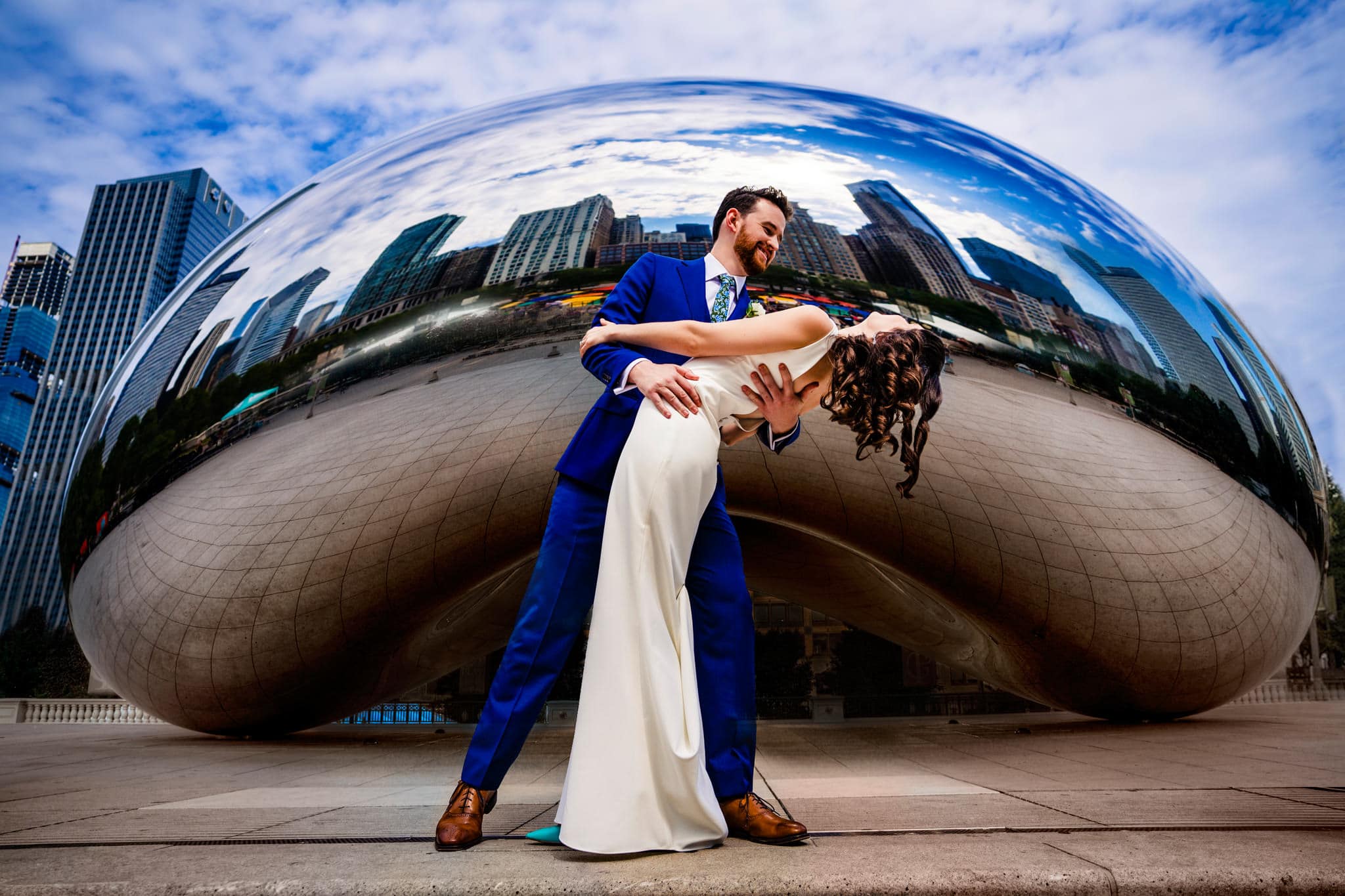 There are cities that capture a photographer’s imagination. Cities that ooze vibrancy and excitement, and then it pulses through the photos. Chicago is one of those cities for me, so I was thrilled when Tim + Michelle said they wanted to have their wedding in downtown Chicago! And, true to the vibrancy of their fantastic Chicago engagement session, their wedding was just as amazing and fun!

Chicago summers are some of the best anywhere in the US, and the city is full of life. On Tim + Michelle’s wedding day, the life of the party was at Gallery 1028, where these two said their vows and got an awesome reception party started. But, before the party began that evening, the morning and afternoon were full of moments. From Tim’s battle to tie the perfect tie, to both of them realizing they’d given nearly identical gifts, to Michelle’s amazing bridal squad, every part of the day was fantastic.

Tim bounced on the balls of his feet, physically unable to contain his excitement. As he waited to turn around and see Michelle for the first time, you could sense the anticipation. As soon as they laid eyes on one another, the surge of true joy could be felt by everyone! These two are truly meant for one another. It’s clear for anyone who witnesses their relationship. Their first look is one I won’t forget, and it was the perfect start to a beautiful wedding day.

After snagging some fun wedding portraits around Millennium Park, we headed to Gallery 1028. This Chicago wedding venue was the location for both their wedding and reception. Its exposed brick and urban vibe is the stuff made of dreams, and the plethora of candles gave a wonderfully romantic vibe. No detail was ignored, and the ceremony was a beautifully intimate one. Surrounded by their loved ones, they started their adventure as Mr. & Mrs.. Then, they kicked off one heck of a fantastic party…complete with Taco Bell! Who can turn down late night Taco Bell, especially after working up an appetite on the dance floor?!

Tim + Michelle, thank you so much for inviting me into your beautifully vibrant lives in Chicago! It’s been such a blast getting to know the two of you. I’m so excited to see where your lives take you next, and what scrapbook you create to relive the stories in the future…but first, let’s get that wedding album as a great start of many books to come!