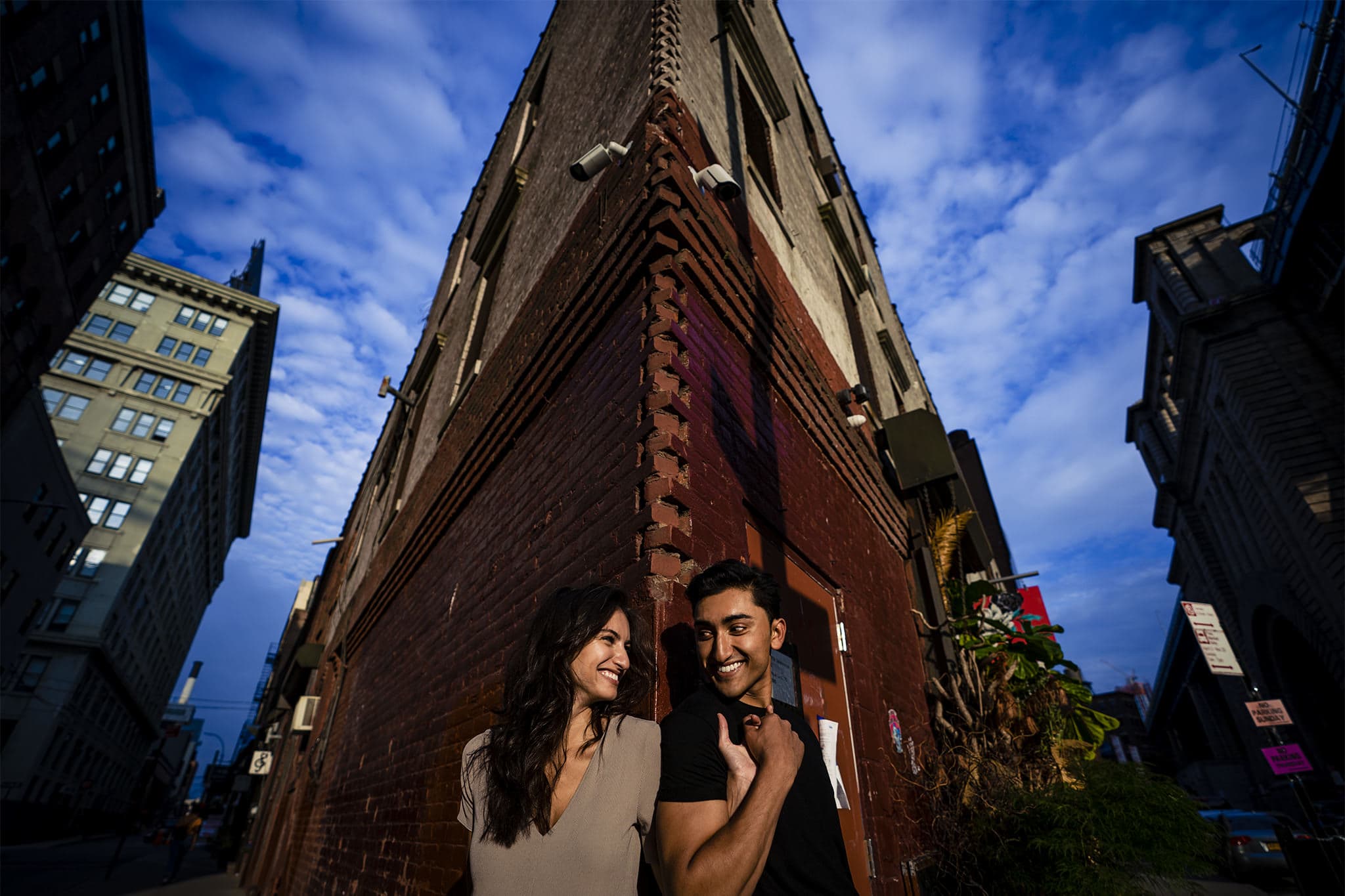 How do I even begin to explain how awesome Nikhil + Sonya are? It’s probably impossible, so I’m going to hope the photos do them justice. But before I set you loose, I have to attempt to tell you a little bit about this amazing couple who created some of the coolest photos in DUMBO I could  ever imagine. Meet Nikhil + Sonya: two of the most fun, creative souls I’ve had the pleasure of connecting with!

Last year, I met Nikhil randomly while in New York City to create portraits for Broadway actors. He was one of the incredible creatives I had the chance to work with, and he was working on Tina Fey’s hilarious adaptation of Mean Girls on Broadway. We had a great time creating together, and over the past year, we remained in contact. In that time, I saw his Instagram posts about his amazing girlfriend, Sonya. When I found out I would be back in town, obviously I asked if he and Sonya would want to go out and play. So when they said they were game, I knew it was time to bring it!

And did they ever bring their A game!

From the word go, these two were ready for anything. We had a total blast wandering the streets of Brooklyn, taking in all the opportunities. Plus, these two know the key to my heart, as they even paused for an incredible lobster roll from Luke’s Lobster! With awesome style, fantastic conversation, and a lobster roll to boot, these two created some incredible photos to represent DUMBO.

Nikhil + Sonya, thank you so much for coming out and hanging with me! It was an absolute blast getting to spend the evening with you. Let’s do it again sometime — and try new foods along the way, too!