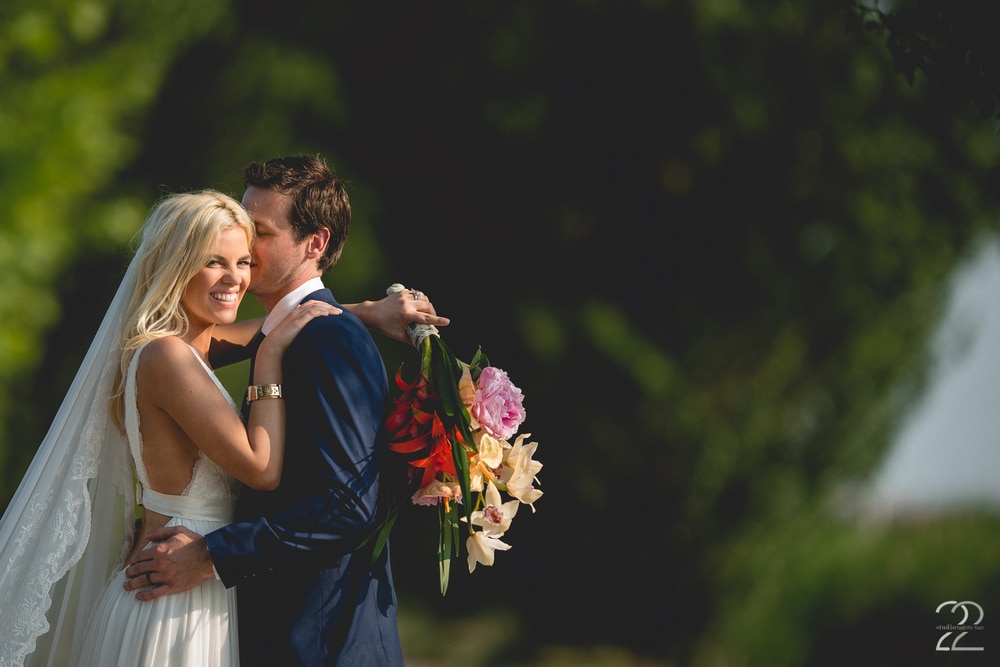 Sometimes, when you have an idea, as it plays out, it takes on a life of its own. Such was the case for Josh + Andrea, who had told me they didn’t want standard fare engagement photos. They wanted something different, cinematic, and just “them.” So, when I approached them about shooting their engagement at a bourbon distillery in Kentucky, they were immediately game. What we didn’t plan for was the absolutely awesome detour we’d make, or how much fun we’d wind up having on the back roads of Kentucky!

When you live in Southern Ohio, you hear about the Bourbon Trail. Featuring a handful of select distilleries, the Bourbon Trail runs through a stretch of Kentucky, with Buffalo Trace Distillery being one of them. I could see it all playing out in my mind: moody, cinematic lighting, a couple, dressed to the nines, juxtaposed against the gritty bourbon barrels and stone buildings used to house and age the drink. With Josh + Andrea seeing that vision and being excited about it, we called and got our date set up. This was going to be great!

We met down at Buffalo Trace in the afternoon, outside Frankfort, Kentucky.  Their grounds are so fantastic; beautifully manicured areas, meeting right up to decades old buildings, filled with bourbon barrels from floor to ceiling. The extremely low light lends itself to some challenges, but the results are fantastic. Josh + Andrea rocked it, but we felt like we needed something just a little more to finish the session right.

And that’s when we googled it.

Searching Google for old landmarks and notable places, we stumbled across a place that sounded promising. It was a ways away, and we were hoping it was still standing…so when we arrived to this hauntingly beautiful manor, we were thrilled.

What had begun as a fantastic shoot just got stepped up a notch.

Josh + Andrea were stunning juxtaposed against the derelict building, and the romance they brought to the shoot was fantastic. They were absolute naturals in front of the camera, and I think we came away with a really fun result that absolutely fits their style.

Congratulations, you two! It was an absolute honor to bring your vision to life, and it was a great day getting to hang with the two of you. Your wedding will be here before we know it, and then it’s time to create more killer images for you! Thanks for letting me be a part of your journey.