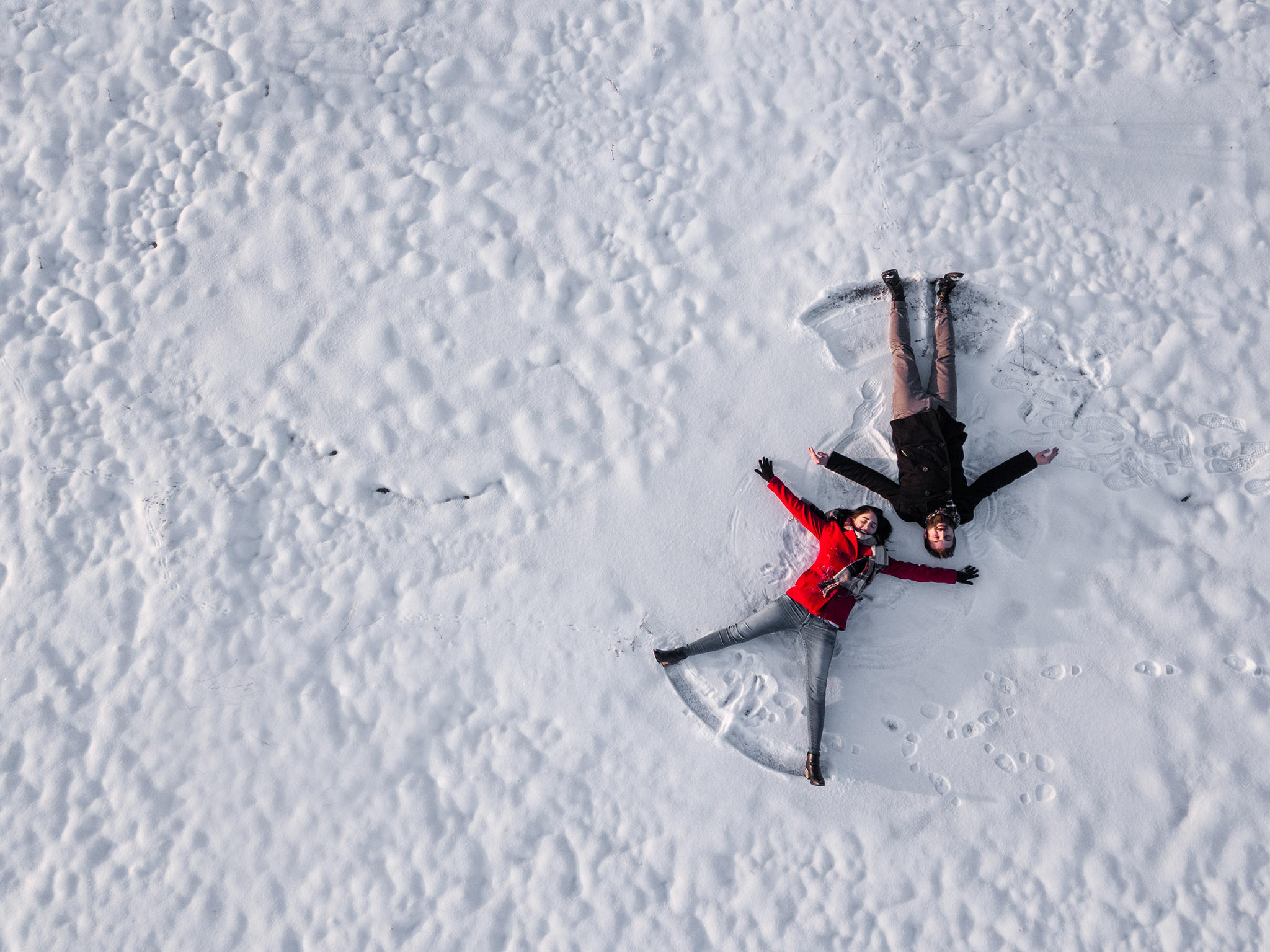 Dominic + Dana are two super rad people. They’re not rad just because they’re two of the bravest souls I’ve met, venturing out with me on an 18* F day…and they’re not just rad because they both dig coffee on the level that I do (which is to say, a lot)…they’re rad because they are two amazingly awesome human beings, who are a blast to hang out with — in all temperatures, to boot!

I met Dominic through my brother, with whom he went to school, and we’ve kept tabs on one another in this digital age, thanks to Facebook. So, when I saw that Dominic had proposed to Dana, I secretly hoped we’d get the chance to hang and create some images for them…and thankfully, we did!

We met up at Proto BuildBar, a super cool spot in Downtown Dayton that not only can make a fantastic latte, but they also Are in the business of creating amazing things with their 3D printers! None of us had been to Proto before, but we left super impressed, particularly by their Guinness Book of Records largest Claw Game, and I don’t think I’m alone when I say that won’t be the last visit!

Once we’d steeled ourselves with warm coffee, we ventured out into the cold to create some more, stopping a few places for a few different looks. Each spot these two were champs, hiking through the snow and over mini frozen ponds to get to some of the most beautiful, untouched areas since the last snowfall. There’s no doubt about it, Dominic + Dana are a blast and it shows through the camera. I’ll let the images prove that!

Dominic + Dana, thanks so much for coming and hanging out with me on a cold winter day. You two are the best, and I know your wedding at Boonshoft is going to be AMAZING!