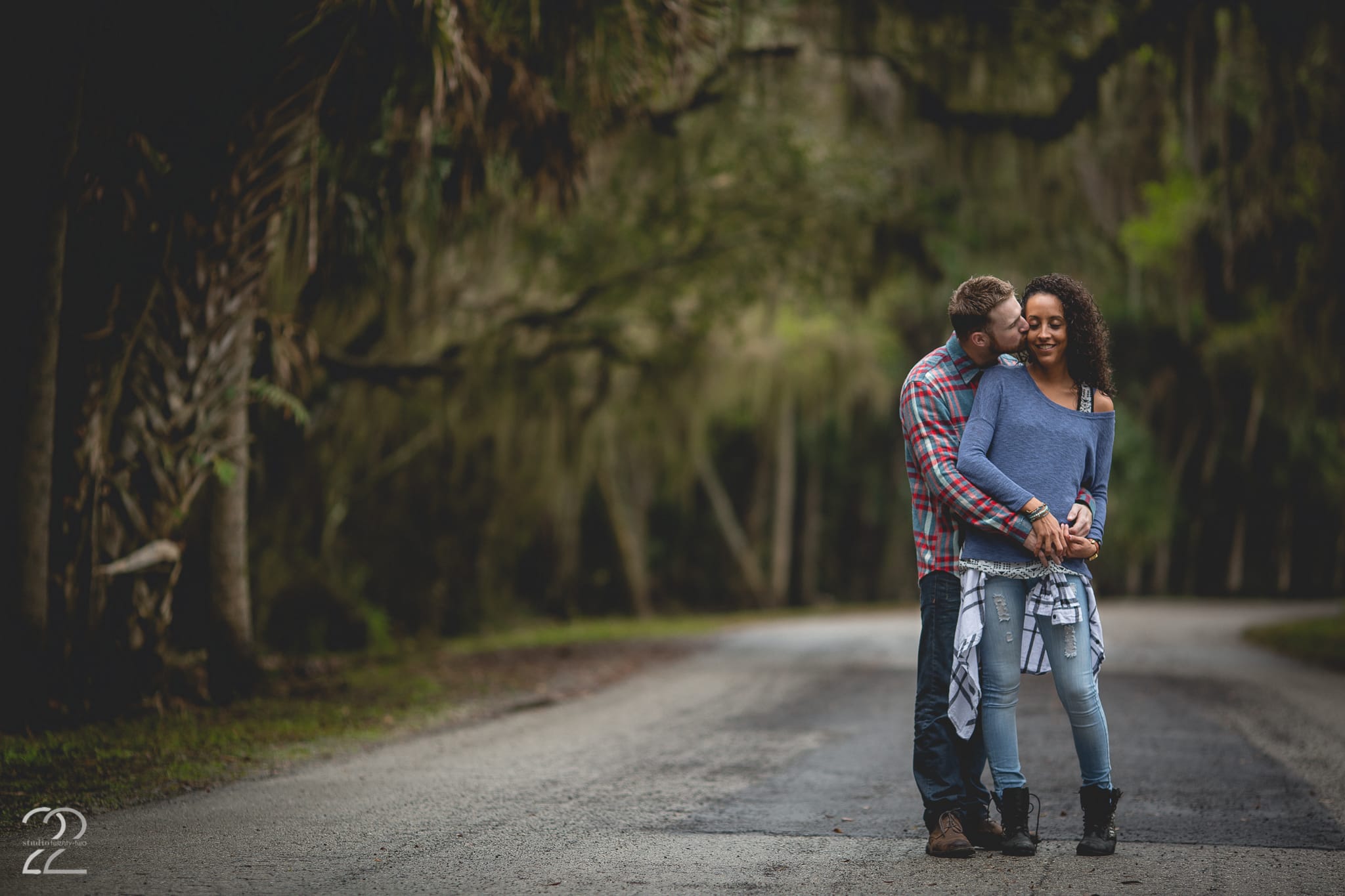 It’s no secret I adored Connor + Jenny the last time we worked together, so when I had the opportunity to be in the beautiful state of Florida again, I immediately asked the two of them if they’d like to team up once more. I was beyond thrilled when they were game, and when Jenny showed me Myakka River State Park, I knew we could make some really special images there. And man, did it deliver!

We arrived to Myakka right after a heavy rain; we actually had to stop and get coffee while we waited out the storm, and then wandered into the lush, leafy, wonderfully wild Myakka River State Park. Its vegetation and wildlife are so vastly different than anything you can see in Ohio. There were more than a few times I commented that I was waiting on something out of Jurassic Park to stomp out of the shadows! As we roamed along the river, we saw alligators cruising just off the shore, which more than once made me hope they weren’t particularly hungry, since we were standing on their doorstep! It was certainly a fun affair, and we enjoyed the afternoon by climbing 70 feet into the canopy of the forest to take photos on an amazingly narrow bridge. No matter what I could come up with, Jenny and Connor were game, and that’s precisely how I love my couples to be. Simply fearless.

These two are such a pleasure to work with, and really, who can argue that they shouldn’t model? Jenny and Connor, thank you so much for not only coming out with me once, but twice! And, I’m not kidding about Lower Antelope Canyon. Arizona is calling us, and it’s only a road trip away. 😉